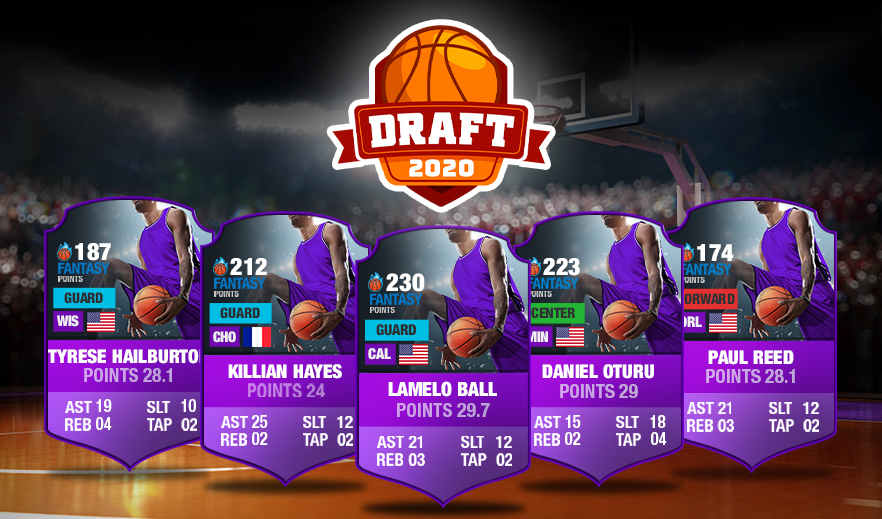 One of the biggest events has come to BASKETBALL FANTASY MANAGER 2020; the Draft! Have fun with this new feature which allows you to make your own virtual Mock Draft and Draft, putting your knowledge about the League and its future stars to test.

You’ll see a new section entitled “TOP DRAFT”, accessible from the top left side of the Home page in which you’ll see new Rookies appearing every few hours. If you want to sign them to your team, you’ll have to keep your eyes peeled to pick the one that interests you the most and negotiate with him by exchanging them for players on your roster, just like in the Top Players section. In this section there are 2 very different stages: the Mock Draft and the 2020 Draft.

The Mock Draft: Based on specialized analysts, we’ve created a selection of 32 players thought to be chosen in the top spot. The first player who appears to be “picked” will depend on your franchise in real life and the position it holds in the real Draft. For example, if your managing the Los Angeles L., your Mock Draft will begin with the supposed No. 32 pick, and little by little you’ll find No. 31, 30, 29, etc., until reaching the No.1 player. On the other hand, if you’re leading Minnesota, it’d be just the opposite. You’ll first see the No. 1 pick. The price, both of the pick and the final price is based on the position of the draft that the player holds. In this stage, you can sign up to 3 players, although, you can exchange them at any time and sign another one, always keeping in mind you can sign a max of 3. Once this stage ends, there will be a break until the real Draft ends.

The Draft 2020 will be created once the real Draft has ended. In this stage, you can sign up to 3 new Rookies. As soon as we have the final positions, we’ll reorganize the players, and in the same way as in the Mock Draft, the player that appears for you first will correspond to the position in real life. The difference is that they will have a higher cost than in the Mock Draft, since we already know the real position, so your previous decisions are very important so that you don’t overpay for players. 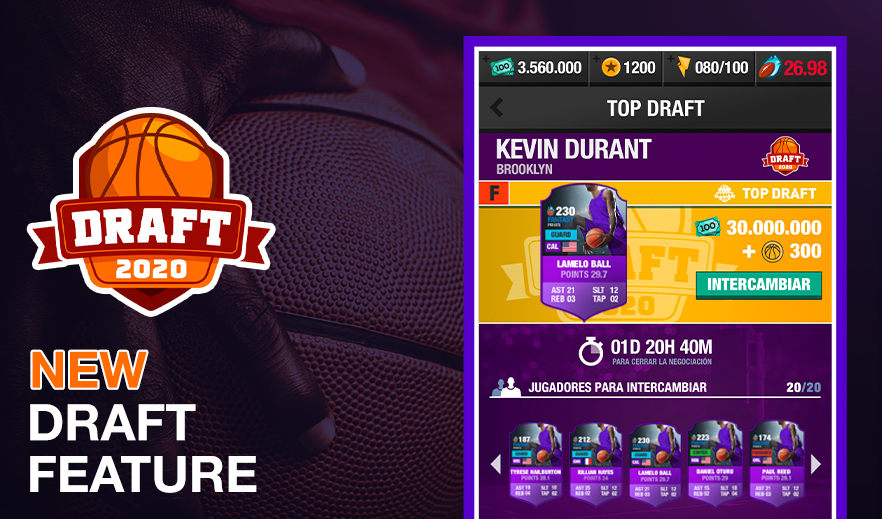 The Rookie players in the Draft will have a value based on their University statistics x 0.75.

We hope that you experience this big day with as much excitement as we had creating this for you. We trust that your great managerial skills will help you sign the best future stars. Good luck? It’s best if we say - You can do it! ; ).