We really wanted to introduce Basketball Fantasy Manager’s new feature and we finally have it among us! Top Players offers you the possibility to sign the best players in the current market and the best-rated legend players in history through a player exchange system. 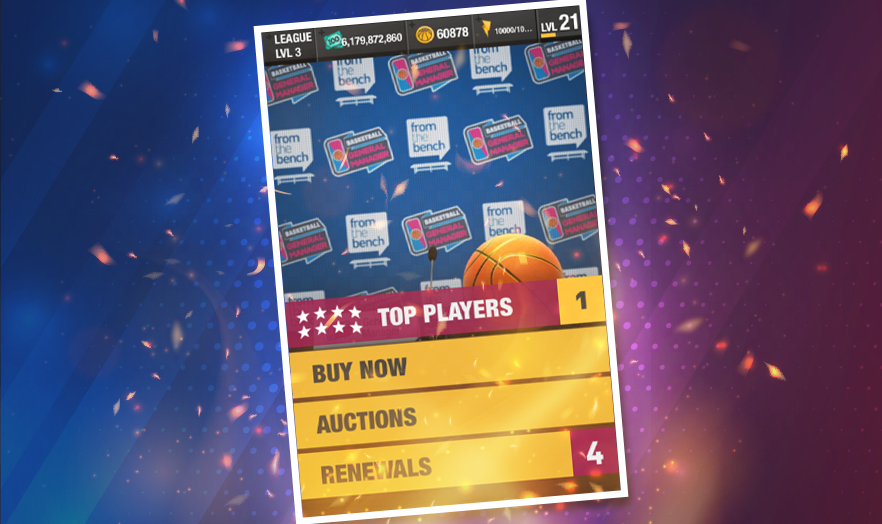 How does it work?

A new Top Players button will appear in the Transfers section of Basketball Fantasy Manager. Once inside, the best current players and legends will appear for a certain period, opening up the possibility to negotiate their transfer to your franchise. Once you enter the negotiation, you must swap players from your franchise to lower the cost of the player with whom you are negotiating. When you reach the established minimum transfer conditions, you’ll have the opportunity to close the agreement. The more players and the higher their level, the less the cost! 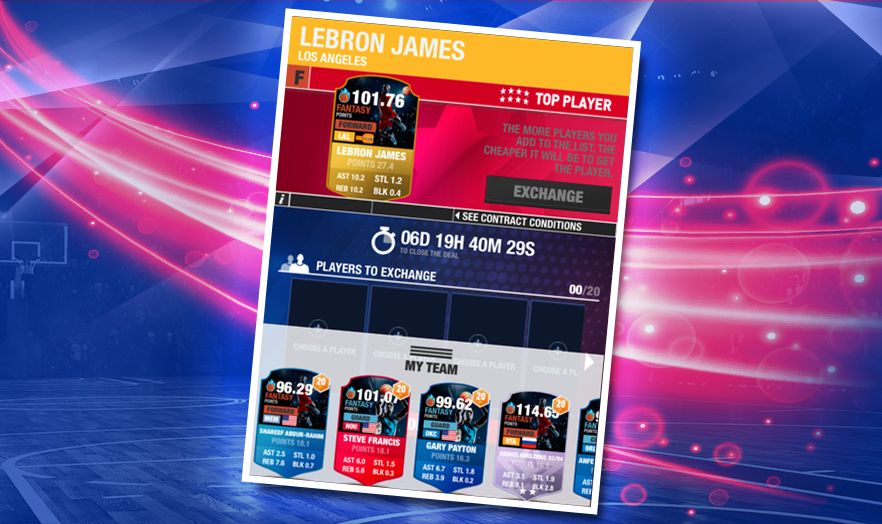 One of the great novelties is that your discarded players now have a sale value. Now the players you no longer want to have on your team can be used as bargaining chips to lower the cost of the players that will appear in Top Players. No more firing your players without receiving any benefits! 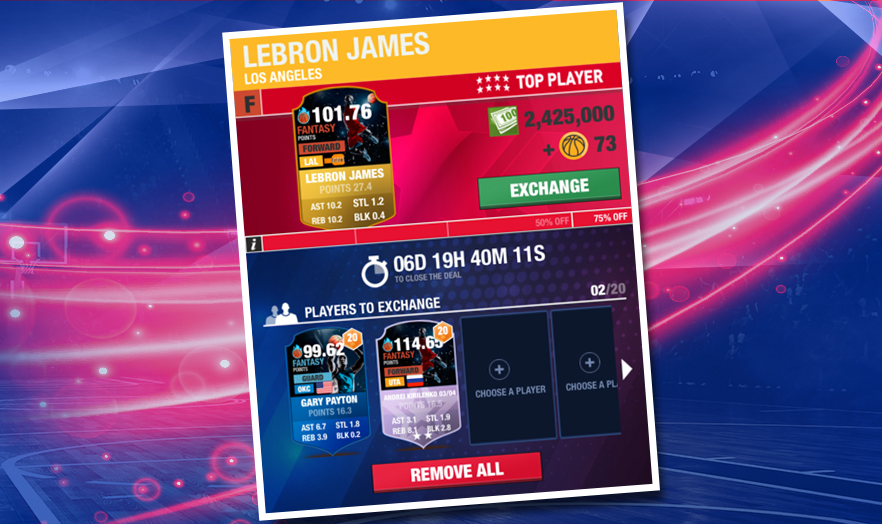 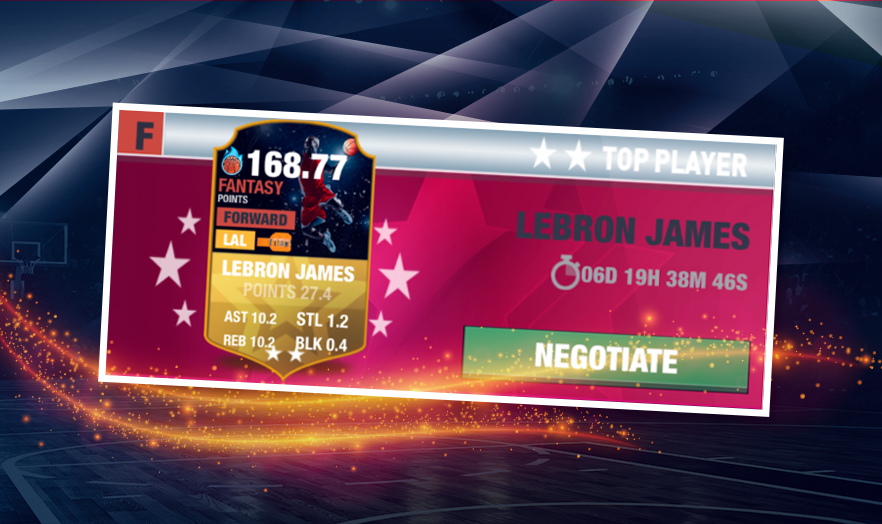 When you first sign a Top Player you’ll have the possibility to evolve their performance up to three times with the Superstar Bronze, Silver, and Gold editions, in each of them the performance of your Top Player will multiply its value in relation to the previous edition. 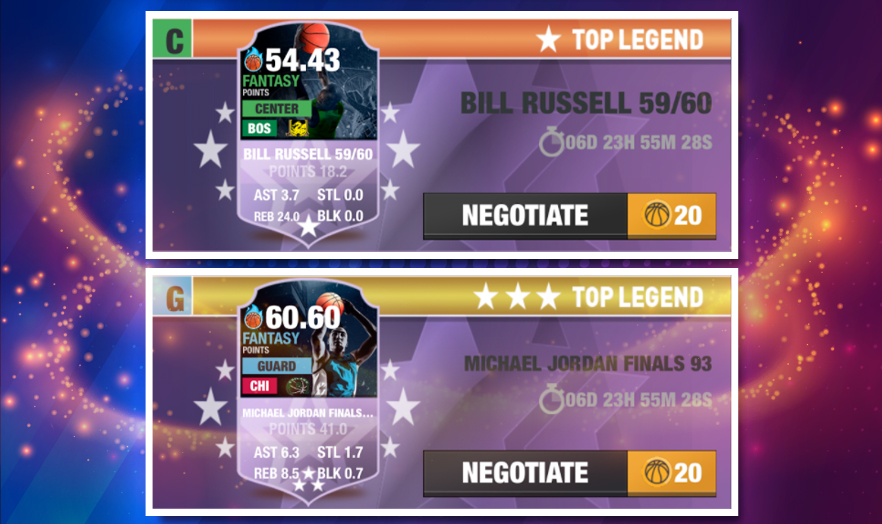 One of the greatest attractions of Top Players will be to see the evolution of your legend players, since here you can evolve your players to the special editions of their best seasons or finals. Imagine the best players of all time with the score averages of their best seasons or finals! As with current players, you’ll have the possibility to evolve your legend players up to three times, each higher edition being totally exclusive and with a much higher score. 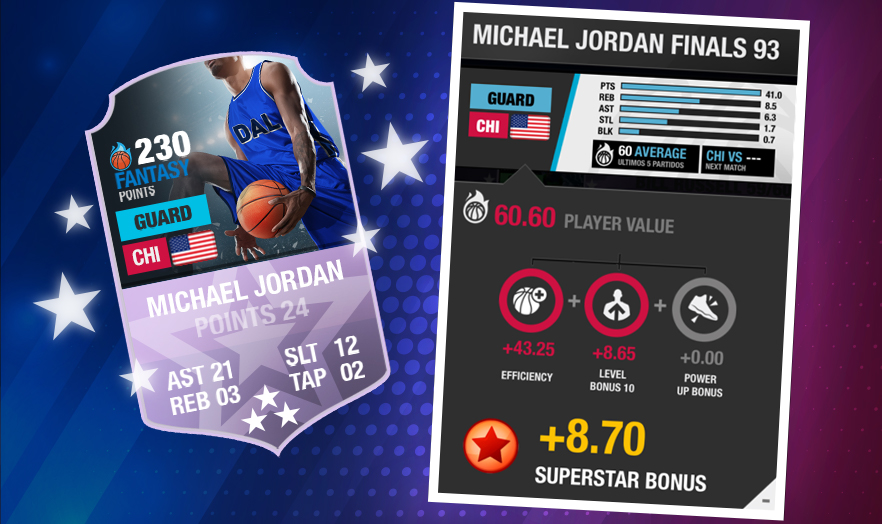 A new way to get the best current and of all time players has come to Basketball Fantasy Manager, we hope you like it as much as we do!