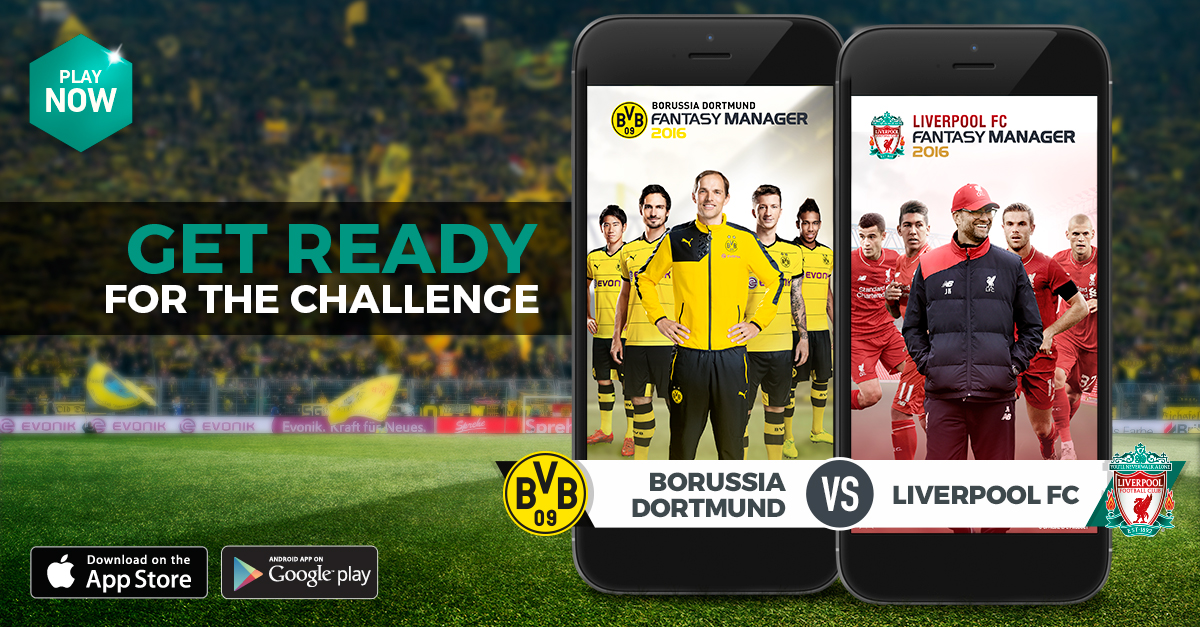 The users of both games can participate from April 7th and help their club accumulate wins. After the elimination match on April 14th, we’ll run a count of the wins accumulated by each club. The club with the most wins will be the winner of this virtual tournament, “BVB – Liverpool FC Challenge”. To celebrate the win, we’ll give 15 virtual coins to all participants from the winning club!

What are you waiting for? Fight together with the rest of the fans and help your club be victorious.